GigaSword is an action-puzzle metroidvania in which you wield a huge sword that weighs you down. By sticking the sword in the ground, you're able to jump higher, but you become unable to attack. Many of the puzzles revolve around sticking the sword into interactive objects that transport it around the room to areas you wouldn't have been able to reach while holding it. With cataclysm on the horizon, it's up to you to ascend the ancient tower and recover the God Crystal, Gnosis.

GigaSword is currently being developed for PC. More platforms soon to be announced! There's currently a free demo available on itch.io as well!

GigaSword blends Metroidvania-style world design with Zelda-style dungeons. It's got big swords, big demons, secrets to find, abilities to unlock, and a world to save.

GigaSword is currently being developed for PC. More platforms soon to be announced! There's currently a free demo available on itch.io as well! 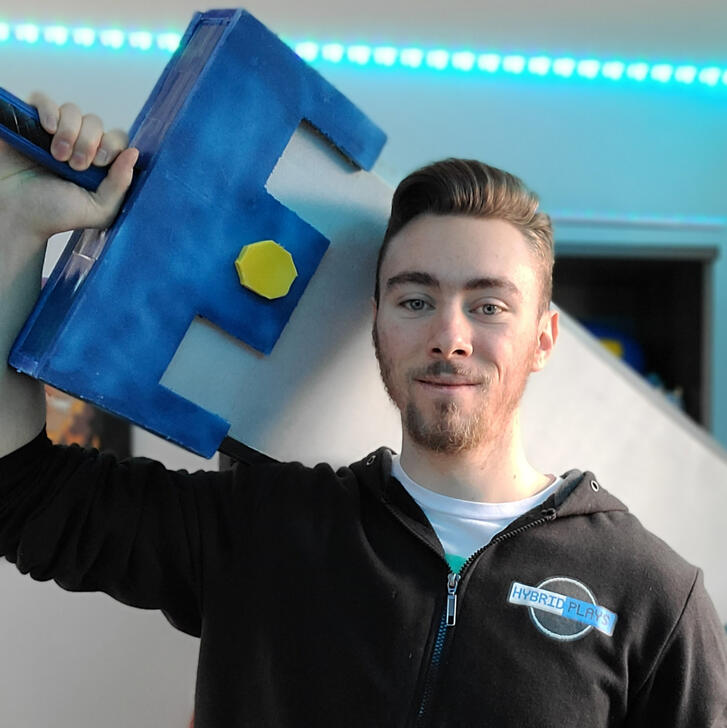 Hi there! My name's Jack. I'm the sole developer behind Hybrid Games.
I'm a pixel artist, programmer, musician, story teller, and overall, a designer.
When I'm not making games, I'm teaching others all about them on my YouTube channel, Hybrid Plays. If you've had the urge to watch someone break dishes with a bat while wearing a banana costume, I'm your guy.

If you'd like to support my work, it'd mean the world if you considered becoming a patron on my Patreon. For just a dollar a month you get sweet Hybrid benefits, and I'll be your friend for life! It also helps me keep food on the table.

You can email me at:
hybridgamesofficial@gmail.com